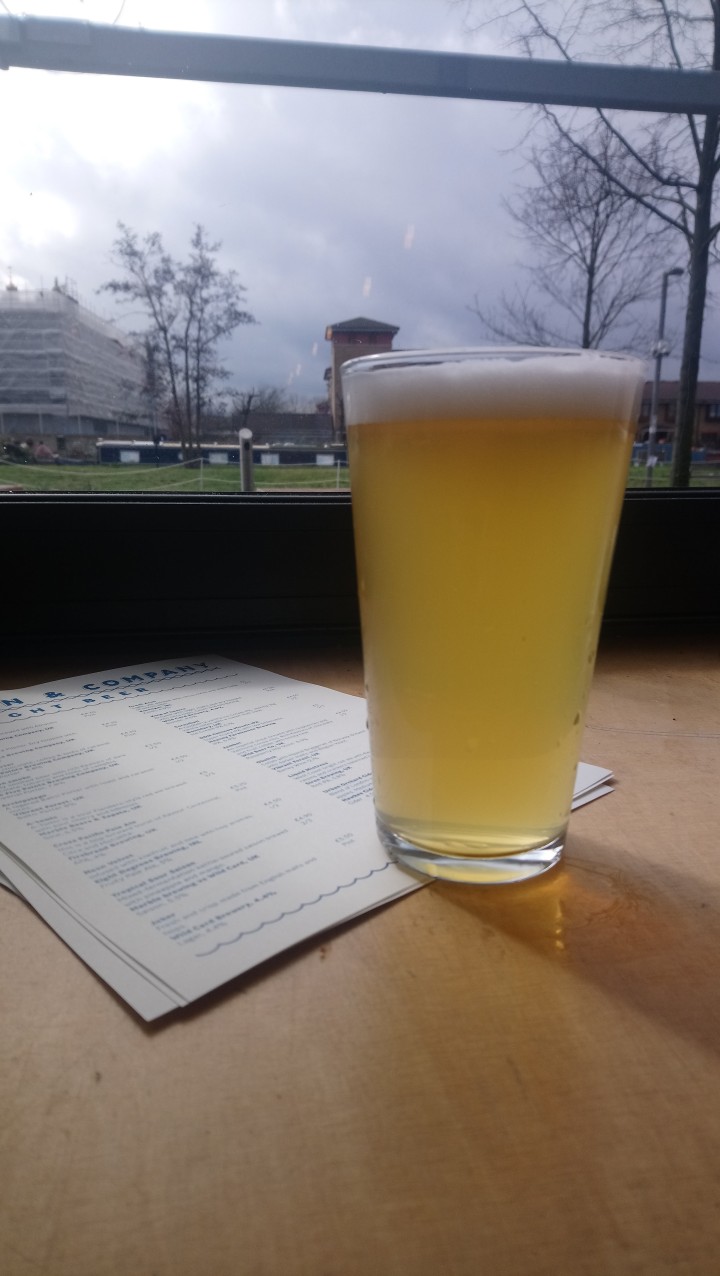 So, it’s been a long first quarter of the year, upheaval in the day job, have loads of days carried over from the year before. You decide to take a week off. What do you do?

Well, I had opted to play some golf, but the weather was horrendous, spring had most definitely not sprung the week commencing 26th of March. But there was a highlight there, after snagging the most ridiculously cheap Ryanair flights, I was going to fly over to London for the night. Now I’ll admit, the main reason was that I was finally able to accept the invitation from Bord Bia to their Annual Spirit of Sharing event that takes place in the Irish Embassy. It also afforded me the chance to catch up with my good friends, Steve and Martin from Hopinions Podcast

It all got off to an inauspicious start, the customary pint of Galway Hooker in the Marqette bar in T1 was quaffed with ruthless precision. However I fell into the sheep trap that is the Ryanair queueing system. The plane wasn’t even in yet. Yet, we queued. I himmed and hawed about getting a bacon butty from the café near the gate. A decision I would later regret. The plan was late in, and we were boarding after our scheduled departure time. My itinerary in London was going to have to be curtailed somewhat. What then transpired was a delay of 2 hours 55 minutes, under that crucial compensation threshold of 3 hours, before we left due to a minor technical problem. This meant I had to take an axe to my planned route, and concentrate on one area that gave the greatest bang for its buck.

I decided on Stratford, it’s an easy to reach part of London from Stansted Airport, just jump on the express train, and change at Tottenham Hale. My good friend Francesca (of Five Points) had helpfully suggested I visit Mason & Co for a pint and lunch. Which I readily did. Being midweek seemed an ideal time to visit without the crowds at the weekend the bar itself, is by the canal not far from the Olympic Stadium, now home to West Ham. It was easy to imagine this place during the summertime where people will sprawl all over the grassy banks enjoying one of the many fine beers on display. I opted with a Five Points Unfiltered Pils, needless to say after the walk, it barely touched the sides. It was lovely and crisp, with an earthy noble hop character that made me order one more.

Capish? Provide the food at Mason & Co, and I was not disappointed with the Chicken Parm (again thanks Chess) with a side of pizza fries. Fries with a tomato sauce, and melted provolone cheese and herbs. Here I got chatting to the friendly bar person, and fellow beer blogger and marketing & events manager Rebecca. Who it turns out is actually from Ireland via Canada, and now settled in London.

From here I wandered the short walk along the canal with a can of West Coast Dank the collab between Lervig & Boneyard, towards the new Beer Merchant’s Tap in Hackney Wick. It was a warm day and the beer was delicious as I wondered along, taking in the numerous barges and street art on the way.

The Beer Merchant’s tap is a lovely space, with huge room for outdoor seating and indoors a phalanx of fridges contains bottles of all varieties. It was great to see such a choice and of course a wide range of beers from the taps and cask. I will admit, I was a little underwhelmed, having expecting much more juice on the taps than there was. Death by Northern Monk was there, however, it was far too early for an impy stout, so I went with Sharpshooter by Lost & Grounded, a lovely light refreshing sour ale. Checking the time, I had one and left to meet with Steve over at the Irish Embassy. I would have liked to have some more time, but there is always next time.

Now the serious business; While Brexit is a huge challenge for the people of the UK, it also represents a huge challenge to the many food producers who count the UK as a target market. Despite the uncertainty regarding the future relationship with the UK, it makes sense as our nearest trading partner to continue to forge ahead with potential business. The Spirit of Sharing event brings together many of the new distillers of white spirits, whiskey, and of course craft beer and cider. It was a first taste of many of the whiskeys for me, but I was very familiar with the brewers who were in attendance. Yet again the Hope Flat White Stout was a knockout, as well as the Imperial Stout by Boyne Brewhouse.

Blacks Brewery from Kinsale, Co Cork,  were there, and we absolutely love Sam & Maud, it’s great to see they were there not only with their range of beers, but also their own gin, and new to market rum.

The ambassador was ejected from his office for the proceedings, but it was an honour to be in the Irish Embassy in London and see all of these producers, some new to me, and some i’d come across. Everything from Mead to Gin, Rum and Whiskey. Ireland is truly embracing it’s growing reputation on the international stage as a drinks producer, long known as an exceptional dairy, meat and seafood producer, drinks now taking up the slack and growing in leaps and bounds. Irish Whiskey is one of the fastest growing categories for export and sales world wide. Easy to see why there are so many fantastic producers, and more to come on stream over the coming years. 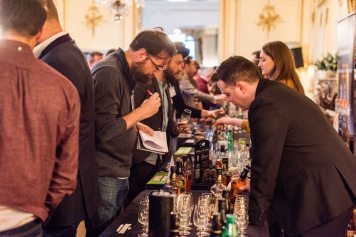 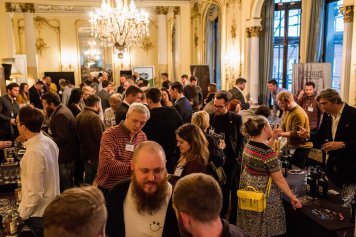 The food on the night was all Irish in origin, and was very tasty. Especially those black pudding bruschetta. There was a lovely touch with the bespoke cocktail bars, that made you a cocktail based on your taste. Needless to say there was some great concoctions being made.

I’d like to thank Bord Bia, not only for the invite (hopefully we can both go next year) but the hard work they do around the world promoting Irish food and drink. There is a real passion among the people I met on the evening and have met during the course of writing this blog over the years. Keep up the good work folks. My only fear is eventually this event will outgrow the Ambassador’s office. Next stop Earls Court? Who knows. Sláinte.